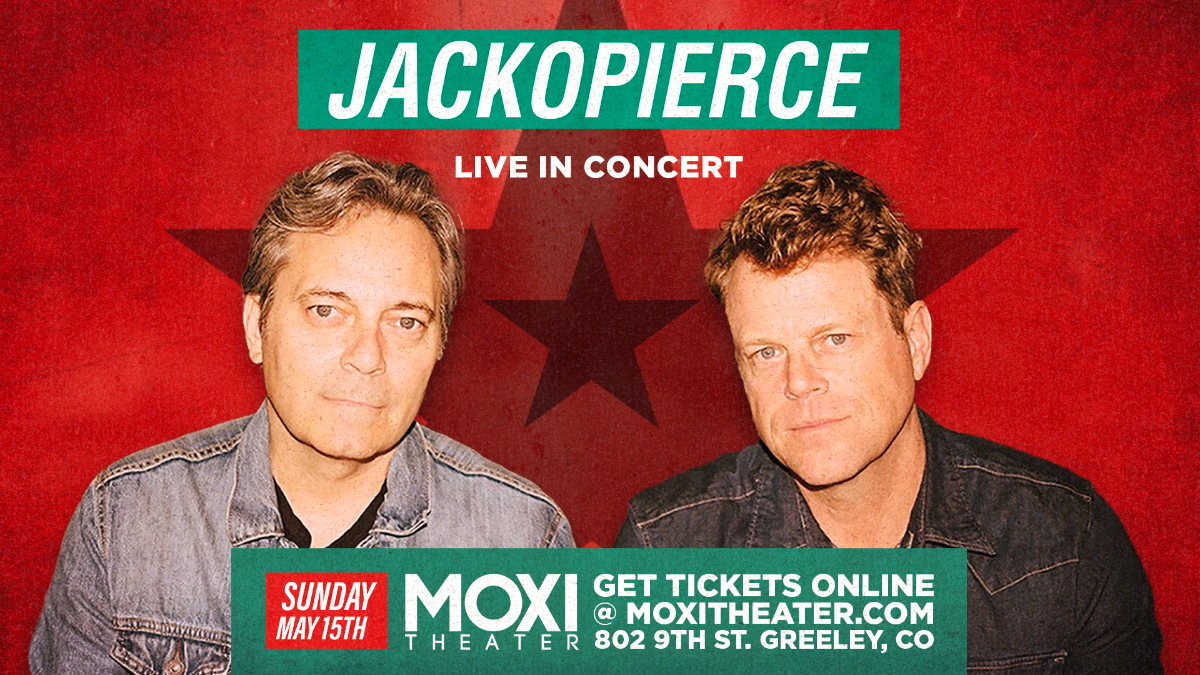 Additional Info
Jack O’Neill and Cary Pierce, the “Jack-O” and “Pierce” make up the seminal duo Jackopierce. They've been been making music for 30+ years that has amassed a loyal following of millions of fans around the world with their super high-energy live shows and what the Dallas Morning News calls “spotless harmonies.”   Jackopierce began in 1988 as theater students at the legendary Meadows School of the Arts at Southern Methodist University in Dallas. The duo steadily made a name for themselves, and within 5 years, they were signed to major label A&M and recording their debut, "Bringing on the Weather" with uber-producer, T Bone Burnett. They have toured three continents, nine countries, and 46 states. They have shared the stage with John Mayer, Dave Matthews, Matchbox20, Counting Crows, Wallflowers, Sheryl Crow, Toad the Wet Sprocket, Vertical Horizon, Lyle Lovett - to name a few. After a five-year breakup, the guys reunited in 2002 to test the waters. They were warm - and the guys have been back together ever since. Jack & Cary have a totally renewed creative vigor, mutual respect and deep gratitude for each other and their fans. “Even after 30+ years I feel like we're just getting started,” said Cary. "I love this guy like a brother," says Jack.