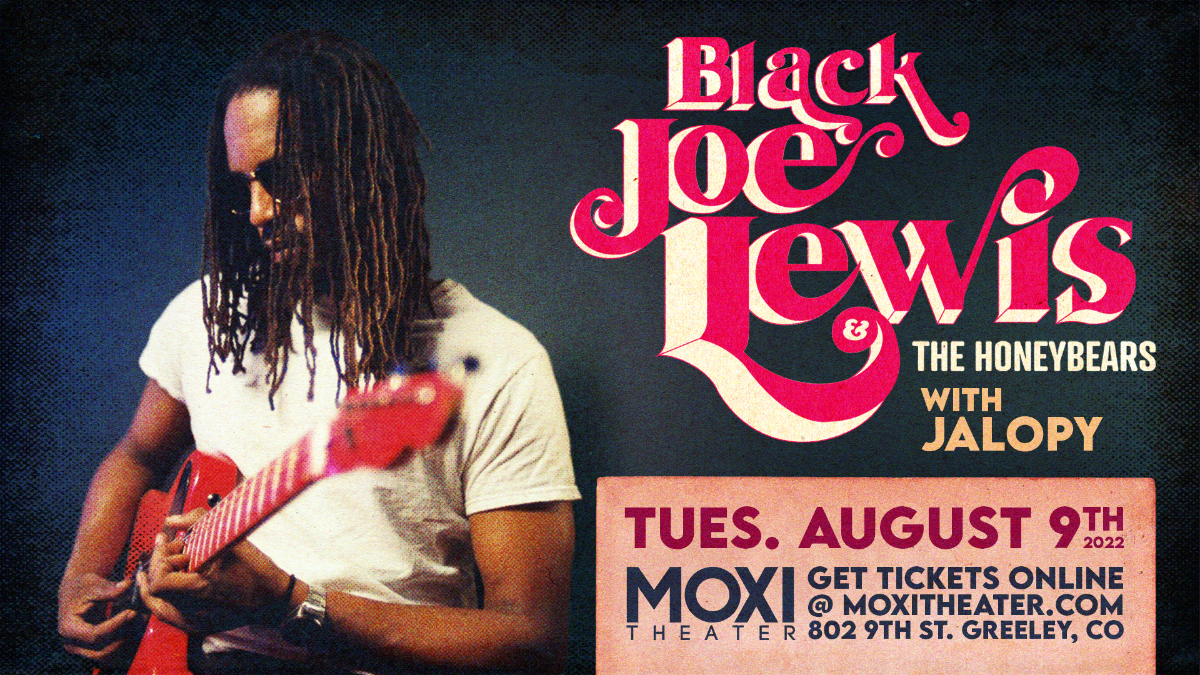 Black Joe Lewis & the Honeybears return with their most subversive record to date: an exploration of the sordid trappings of ego, isolation, consumption, waste, and war. Sonically inspired by the Hill Country blues, cowpunk, and southern soul of Stax, the album charts new territory with a heavy stream of lyrical consciousness. This is The Difference Between Me & You. Influenced by Lewis’ first decade on the road, embodying a deep repertoire of sounds and drawing from: the heavy grooves of Albert King, the punked-up blues of R.L. Burnside, the storytelling of Bobby “Blue” Bland, and the soulfully layered horns of the Stones. No one sound holds more weight than the next; all are all omnipresent throughout. The Difference Between Me & You is the band’s fifth studio album. And while it’s an approach that might veer slightly from the typical sounds those who’ve followed the band are used to hearing, it was a conscious step in a new direction for Lewis. When asked, Lewis says he wanted to “make a more complex and reflective record” than he had before. On The Difference Between Me & You, Black Joe Lewis & the Honeybears traverse a lifetime of physical and metaphysical experiences characterized by self reflection and conscious decision making, prompting difficult questions and responding honestly. Listening to The Distance, one thing is clear: Lewis pulls off a rare feat, creating an informed, “real blues” record.

Artists
Black Joe Lewis & the Honeybears
Austin-based Black Joe Lewis is a contemporary singer and guitarist with a bent toward vintage blues, soul, and R&B. Backed by his band the Honeybears, Lewis draws inspiration from such legendary "shouters" as Howlin' Wolf, Wilson Pickett, and James Brown, as well as smoother crooners including Sam Cooke. Black Joe Lewis released his debut album on Weary in 2007. Around the same time, his appearance at the South by Southwest Festival in Austin, Texas garnered increased fan and press support. In 2009, Black Joe Lewis & the Honeybears released Tell 'Em What Your Name Is!, produced by Jim Eno (Spoon), on Lost Highway. The band toured relentlessly over the next year before reconvening at Austin's Public Hi-Fi studio with Eno to record its even grittier follow-up, Scandalous. The set contained an appearance by the gospel group the Relatives on "You Been Lyin'." Scandalous was released on Lost Highway in March of 2011. In 2013, Lewis returned with his fourth studio album, the raw and raucous Electric Slave. The album was credited to simply Black Joe Lewis, as he'd grown tired of the Honeybearsmoniker. But Lewis soon discovered fans and promoters thought this meant he was now working as a solo act. After taking some downtime, Lewis brought back the Honeybears billing for 2017's Backlash(his first album for INgrooves Music Group), which also found him exploring harder grooves and a stronger rock & roll influence.
Jalopy
Jalopy, the conglomeration of four of the most eclectic, life long, seasoned, and exciting musicians to come along from a grass roots base in decades.  Each member brings exceptional musicality, experience, and enthusiasm to form a guaranteed impressive, foot stomping, dance filled, and inspirational performance every show.   ​

Listeners will be filled with sonic ecstasy whether at a live show or upon downloading Jalopy's newest studio offerings being distributed exclusively below in the single release format with a 8 song vinyl & digital download EP to be available with the release of the band's 6th single!  Download the newest released single today below in the media player!