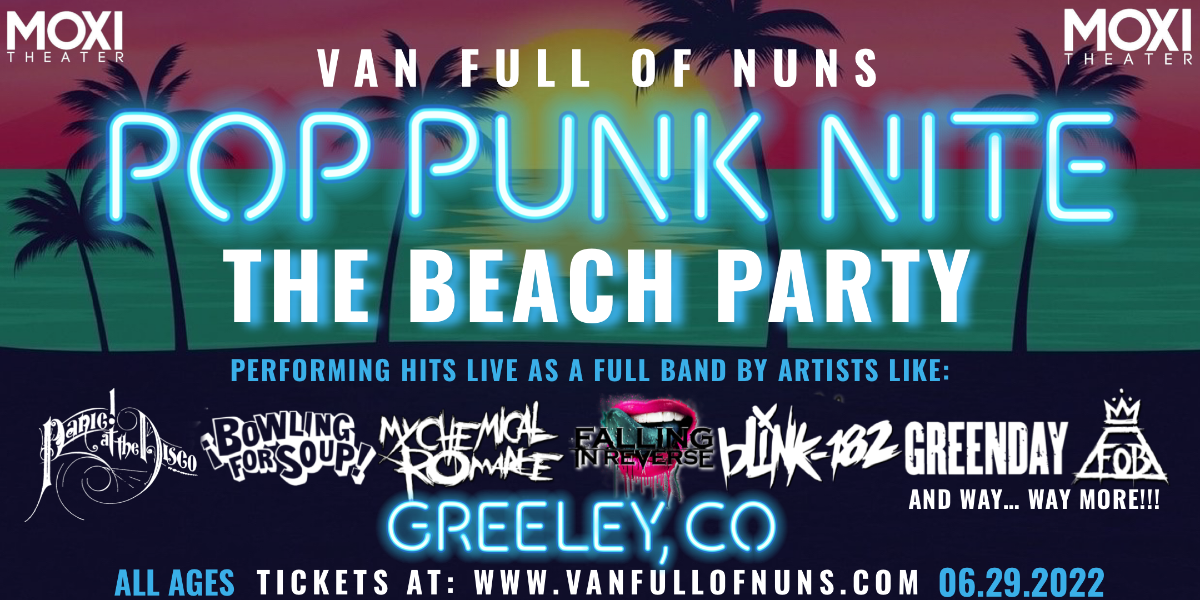 Founders of “Pop Punk Nite!” & "Pop Punk's Not Dead Fest!" the Nuns pride themselves on positive vibes and authenticity. Formed in 2019, the band has gained notoriety for their powerful originals and covers, high-energy live shows, and on and off-stage “she-NUN-igans”. They’ve developed a nationwide community of fans who are passionate for nostalgic experiences that bring back the golden eras of pop-punk and emo music.

Van Full of Nuns is made up of members Michael Perez (Lead vocals / guitar), Josh Koder (keyboard / guitar), Jason Korman (Vocals / Bass), Todd Griffith (Drums), and Cameron Henson (Stage Manager/Vocals) .  While the band members come from various musical backgrounds, the foundation of the project is that music should be fun, live, and interactive!

Audiences at a Van Full of Nuns show scream along to Blink-182, My Chemical Romance, Sum 41, Fall Out Boy, and way... WAY more’s biggest hits, all performed LIVE by the Nuns.  Giant inflatable pizza’s, calling fans on stage to scream along, beer pong tables, and spray painted skateboards transport audiences to a modern twist on the 90’s and 2000’s pop-punk eras when Blink ruled the scene, Tony Hawk’s Pro Skater was the hottest game on the market, and fruit came by the mother f*cking foot!!! All fueled with energy drinks and the best live pop punk on the planet!!!