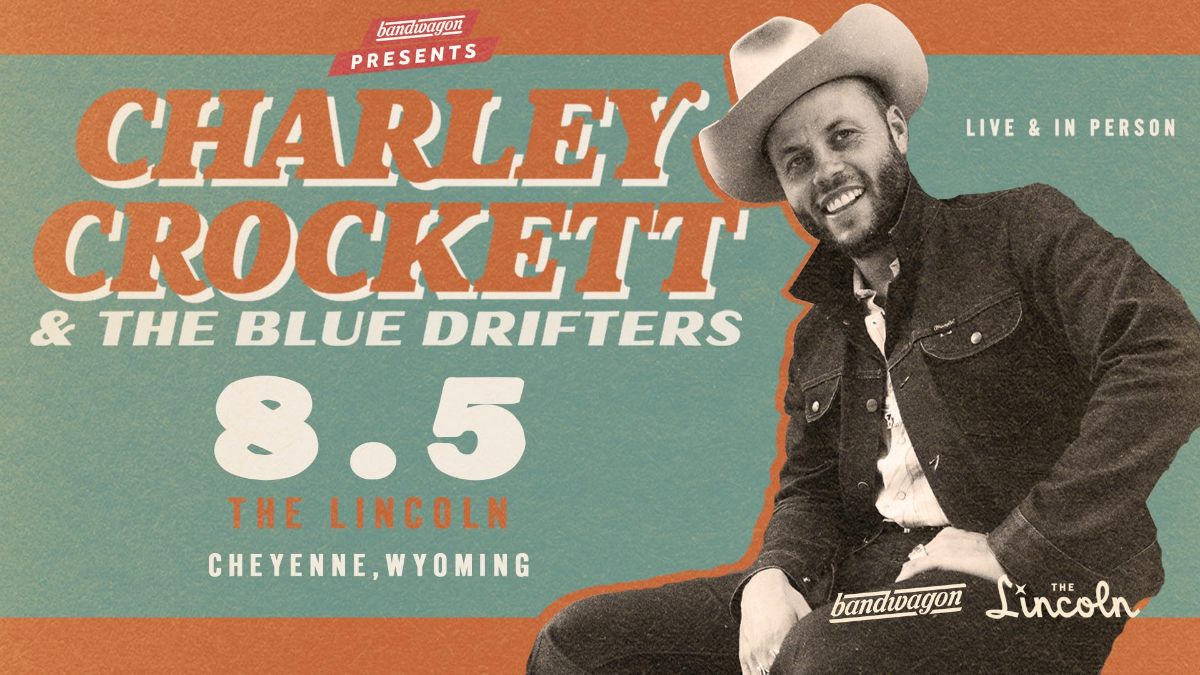 Now comes Charley’s tenth album in his six-year career. In the Crockett tradition, it is as ambitious and ground-breaking as each piece of recorded music he’s put out so far. And it’s not just an album. It’s a double LP of Charley Crockett originals, each song going the distance to further define this singer-songwriter-performer-artist who came out of the proverbial nowhere.

Sad, uplifting, hard, and sweet, complex and delicate all at once, his songs are like life its ownself, just like the songs’ creator: like nothing you’ve heard or seen before, a genuine Texas original.

Charley Crockett, a true descendant of Davy Crockett, was born in a poor town in deep South Texas. His early years were spent between Texas and Louisiana, raised by a blues singing single mother in Dallas, and an uncle who introduced him to the big brass sound of the French Quarter in New Orleans where he would later learn how to play guitar as a street performer. In 2009, Crockett showed up in New York City, where he made a living captivating subway car audiences for several years before being discovered and offered a record deal as part of the street group "Trainrobbers." Deciding to take his chances in a rapidly changing music industry, Charley declined the offer and headed west to California instead. Of mixed Jewish/White/Creole dissent, he has a unique sound blending a rich and diverse heritage of both new and traditional music. Crockett has been compared to many artists from Bill Withers and Jerry Lee Lewis to Dr. John and Citizen Cope. Elusive, rebellious and self taught, Crockett is a true street made original from earlier times.

Hailing from the Bay Area of California, Emily Nenni grew up listening to the girl groups of the 1960s. Some of her earliest memories were listening to 60s compilation CDs in the back of her parents car on the way to the Santa Cruz beach boardwalk. As a young girl, her mother would clean the house to Patsy Cline, and from here her interest in country music began. Throughout middle school and high school her musical tastes only broadened, including Bruce Springsteen (thanks to her Father), and the Kinks (also thanks to her father). Add in some ranchera flair and Frida Kahlo aesthetics and Emily Nenni’s style was starting to form.

After completing a year of school at Columbia College in Chicago, IL country music was still calling her name and Emily decided Nashville was the place to go. The month after she turned 21 she had already found herself in Nashville, on lower broadway, at Roberts Western World. She bribed the doorman with cookies so she could stand by the door, directly next to the band. Those same cookies also bribed the band to let her get on stage and sing. From the moment she opened her mouth the Traditional country crew at Roberts Western World knew they had found another one of their own.

She quickly began recording her first solo album project, all the while playing shows around the local dives of Nashville. With the help of Mike Eli, a local guitar player whom she met at Roberts, the album took shape. Featuring some of the best local players from around the area her first album combines the best of Capitol Records west coast country, the strong female voices of the late 1950s and early 1960s, and the sass and abandon of the 1970s outlaw country movement. Emily Nenni is at the same time vulnerable, and strong; delicate and in your face. Her honest writing is accessible and genuine and keeps us wanting more.

In December of 2017 Emily Nenni released her first three singles, including the title track “Hell of a Woman” on all digital platforms.