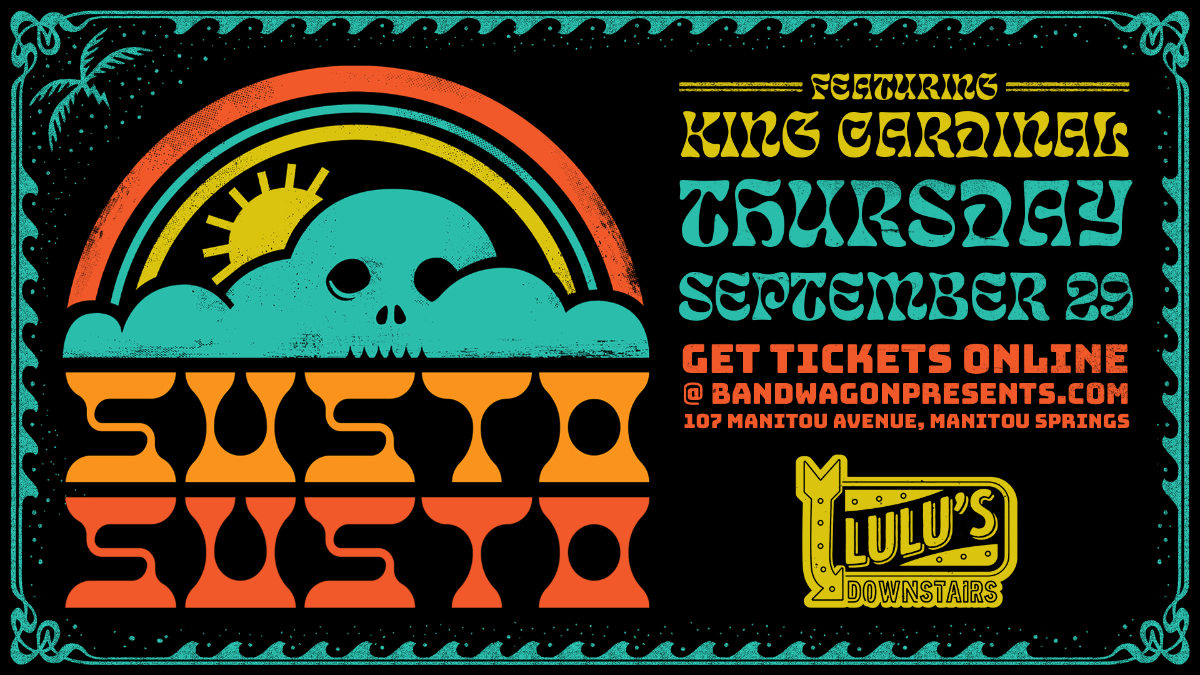 Steeped in Southern Gothic and Psychedelia —SUSTO is centered around the lyrical narrative of singer/songwriter Justin Osborne.  Based in South Carolina, Osborne founded SUSTO in 2013 while living in Havana, Cuba. The band has released 4 studio albums along with a collection of live, supplemental, and special releases. On tour and in the studio, SUSTO features a revolving line-up of Osborne’s friends and creative partners.


Lulu's Downstairs is operating at Full Capacity
Reserve a Booth in Advance Online.
All Responsible Ages Permitted
*PHOTO ID REQUIRED FOR ENTRY
Artists
Susto
Osborne is home in Charleston, South Carolina, reflecting on the personal journey and cultural climate that have led to Ever Since I Lost My Mind, the third record and label debut for his acclaimed project SUSTO. The album is a resounding triumph: a mix of new partnerships and collaborations with old friends, all anchored by Osborne’s perceptive songs that explore connection, loss, and transience––and the pain and joy each brings.

“Ever Since I Lost My Mind is very personal. This collection of songs came together over the course of a couple of years, and they all represent different moments,” he says. “It felt cathartic writing all of them, and they were also all fun in different ways.”

When Osborne moved to Havana as part of a study abroad opportunity, he thought he was abandoning music for anthropology. But the Cuban musicians and artists he befriended had other ideas. They were among the first to see that SUSTO––and the music that would ultimately fuel it––captured him too well to remain an afterthought. Re-energized, he  returned to the States half a year later and recorded SUSTO’s first album. Just after the release of the band’s self-titled debut album, Osborne faced a clear choice. “It was a weird moment. I just had to finally quit keeping one foot out of music and dive in. So, I got knuckle tattoos and haven’t stopped trying to make this work since then,” he says with a laugh. SUSTO’s acclaimed sophomore album & I’m Fine Today made it even more clear that music and Osborne were meant to be.

In Latin American cultures, the word susto describes an intense fear understood as a condition of the soul––an ongoing, spiritual panic attack. All of the letters of susto also appear in Osborne’s full name. “SUSTO was this combination of phonetics and meaning––it felt like me, like a name for myself,” he says. “I chose the name SUSTO for the project because the meaning behind the word––that deep fright––was something I was experiencing, and songwriting felt like it was helping me cure it by helping me to process what was happening. Personally, it was a time of so many powerful transitions: abandoning my religion, losing touch with my family, and just having a general sense of being lost, without direction.”