with Demi the Daredevil • The Timberline • Sunfish
Moxi Theater @ 8:00 pm All Ages 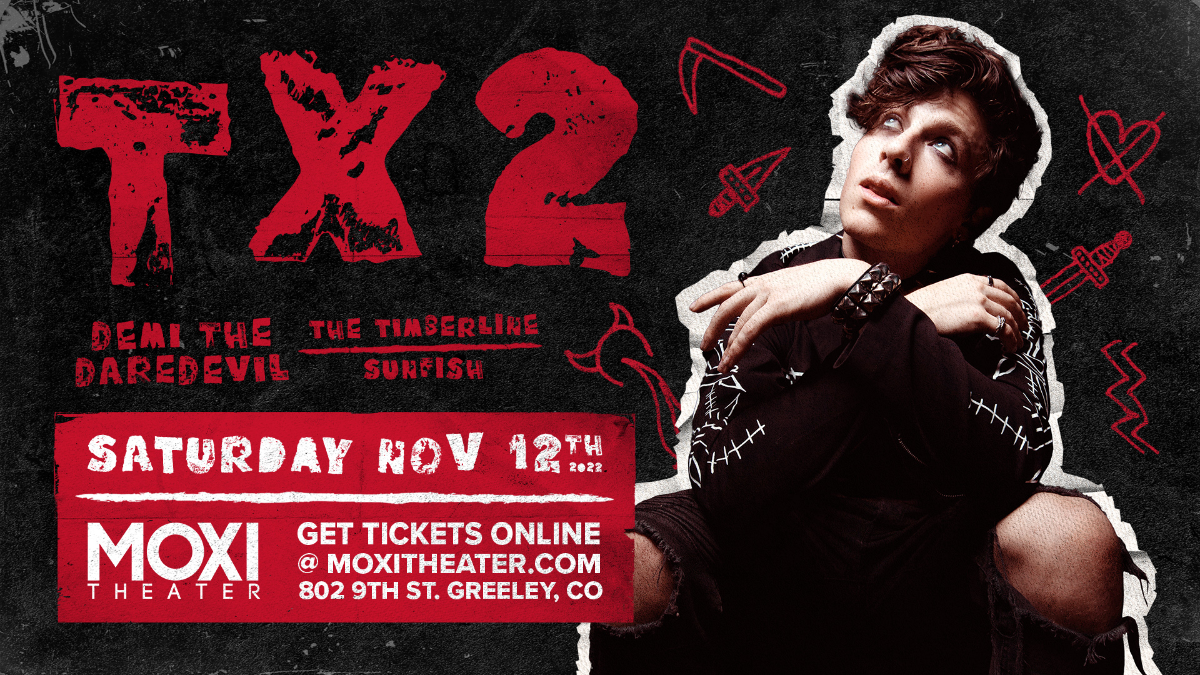 Rising out of the shadows of a small town known for music, Fort Collins; TX2 brings an unmatchable intensity in his music through the form of powerful raw lyrics and explosive performances. After building a loyal hometown fanbase, TX2 eventually moved to Miami, Florida, to pursue his dreams and start a hip hop program at the University of Miami. After struggling for so many years as an artist, TX2 used his pain as fuel and finally found his sound. As a result, his music went viral on Tik Tok and he now has 360K+ followers on the platform.

TX2 has since begun a movement known among his fans known as the "X Movement", which is all about bringing awareness to mental health and creating a safe space for those in need to talk. The rules are simple, any member can vent and share how they are feeling- while other members are encouraged to push other members' self-esteem up. The movement is currently growing every day, providing a platform to speak about mental health, vent, and support one another. TX2 wants everyone to know they are not alone in their struggles.

TX2's newest release "Vampire By Rumor" brings back a familiar emo-rock feel that is catchy and relatable. After a small tease of the song on Tik Tok, TX2 garnered over 6,000 pre-saves on his song before the release, and 20K streams on day one of release. Over 2.5K+ people have used the sound on Tik Tok so far.

Artists
TX2
Demi the Daredevil
The Timberline
The Timberline is a modern rock band with pop-punk influences who have shared the stage with incredible acts such as DREAMERS and Rick Springfield. Through catchy melodic riffs and soulful lyrics, band members Terran Hause, Clint Petrun, and Mike Boschert released their first full-length record, Faulty Wires, on July 12 of 2019 followed directly by a CD Release Show at the Aggie Theatre.
Sunfish