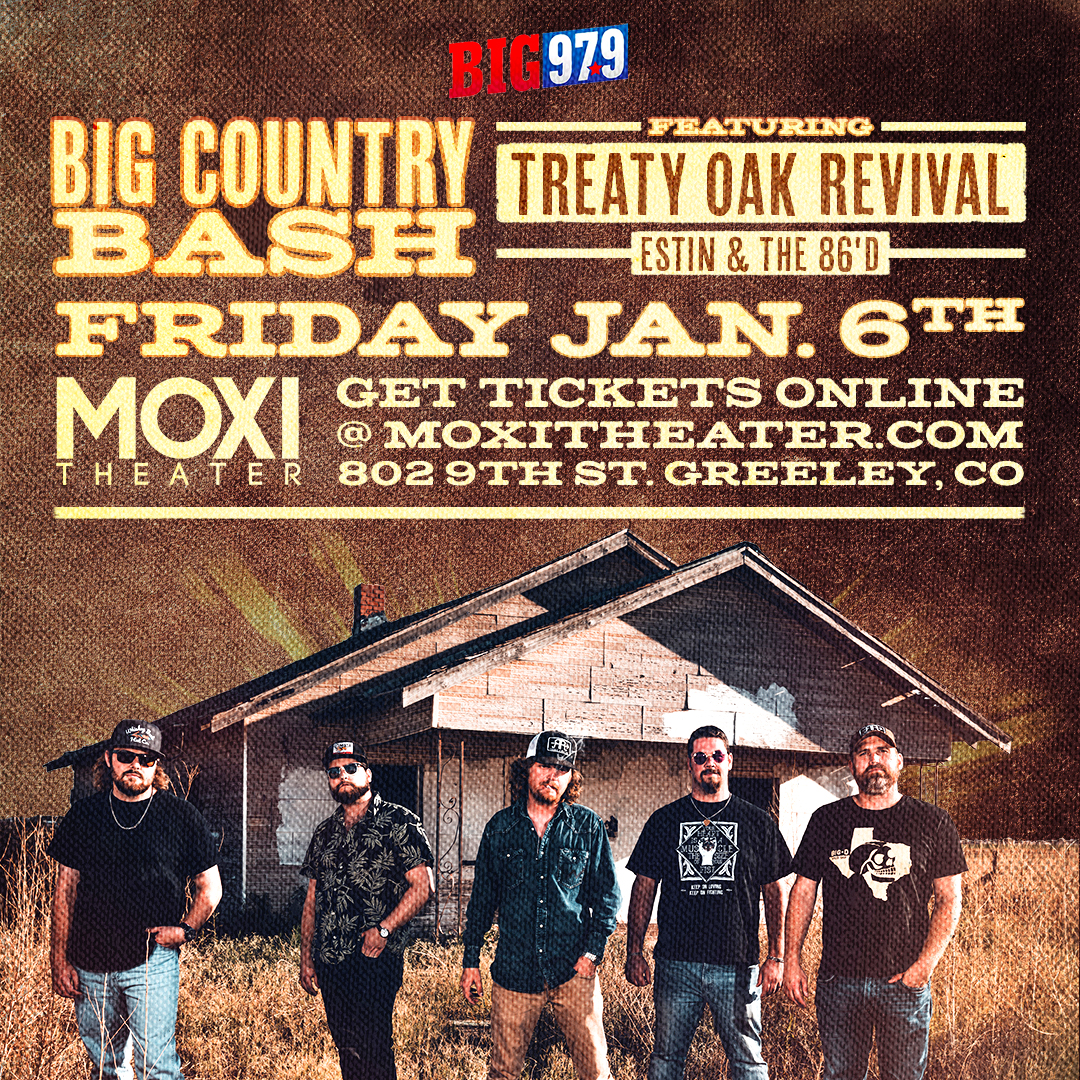 Additional Info
Treaty Oak Revival is a Texas country rock band founded deep in the heart of West Texas. Starting in 2019; the band has formed itself on a foundation of Texas Red Dirt Country combined with it’s influences of punk and southern rock in their style and playing.
Moxi Theater is operating at Full Capacity
Reserve a Table in Advance Online.
All Responsible Ages Permitted
*PHOTO ID REQUIRED FOR ENTRY

If there is anything positive to come from the quarantine of 2020, it’s that a lot of new music has taken shape and is now being released. Colorado band Estin & the 86’D have such a release planned for their new full-length Long Live the River, out August 14. It’s “get out of town and enjoy the simple things in life” vibe will be just what we need during these crazy, socially distant times.

Long Live the River kicks off with “Third Street,” an ode to classic southern rock filled with pure, unadulterated attitude. With lyrics referring to being baptized in rock and roll, it’s a hell of a way to be introduced to the band.

The record on the whole is a comforting mix of southern rock, country and alternative rock, with hints at some of the more underground, forgotten music of the 90’s grunge scene; as if instead of drinking Starbucks back then, Estin and crew had a whiskey bottle in one hand and a Bud Light in the other.

Long Live the River then follows a bit of a storyline; that of being heartbroken, admitting mistakes, and turning to the bottle and the great outdoors for healing. In fact, three of the ten songs on the album, “Mile High Hangover,” “I Wanna Drink Beer,” and “Half a Bottle” have mentions of alcohol right in the title. Cheers.

The aforementioned “Half a Bottle” is the first single and easily one of the stand-out tracks. You can almost literally feel Estin’s pain and emotion coming through the speakers, as he sings about love, loss, and the feeling that follows.

Another stand-out is the upbeat yet melancholy “Pendulum” where Estin & the 86’D depart a bit from their country rock sound and get a bit more alternative, but stick with similar lyrical themes of heartbreak and relationship problems.

Full of emotion, great songwriting and musicianship, Long Live the River is like a stiff drink at the end of a long day: it may be a vice, but it sure helps to take the edge off.