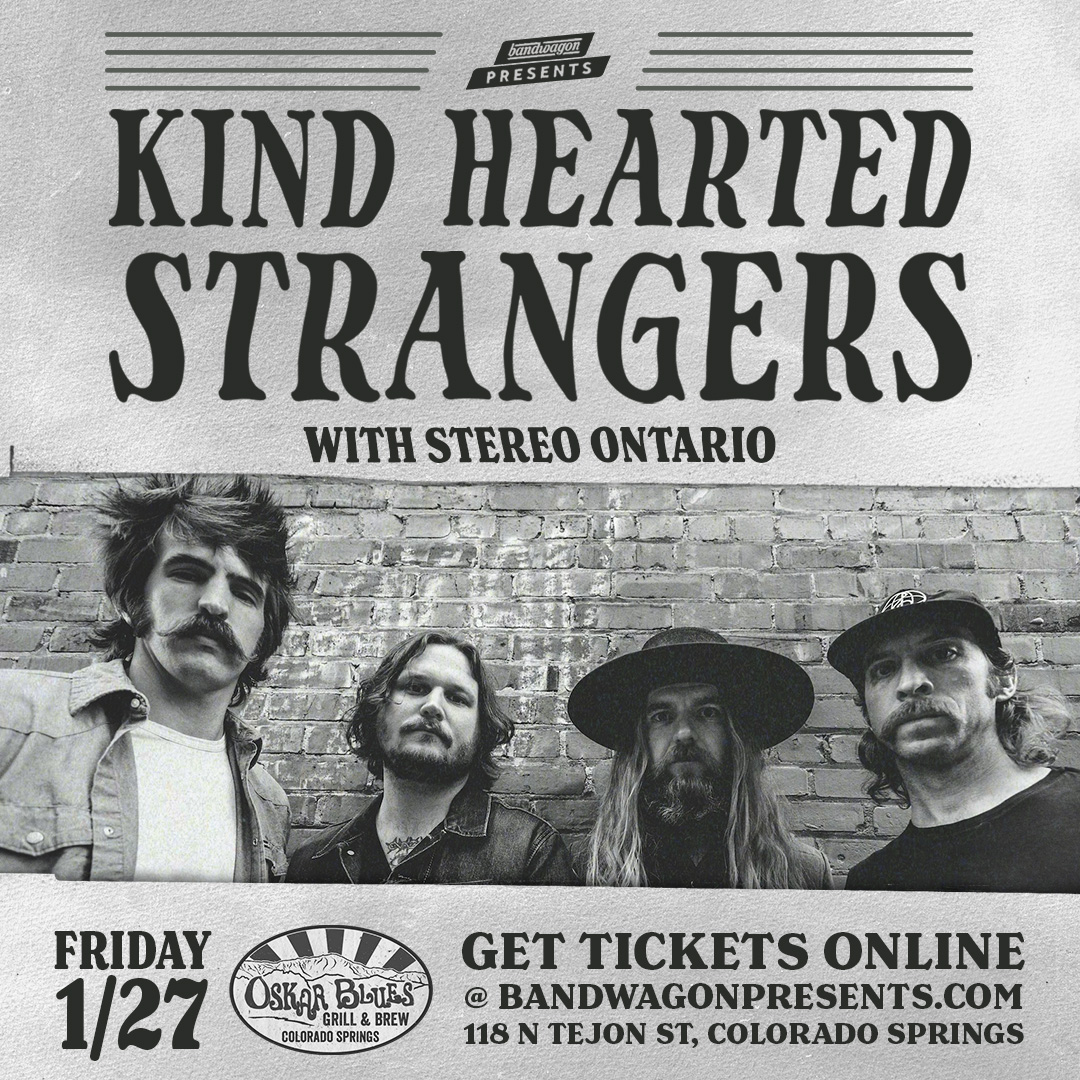 Hailing from all corners of the country, Kind Hearted Strangers began in Boulder, CO - where an impromptu open mic performance by songwriter Marc Townes quickly evolved into something much bigger. With genre bending improvisations from lead guitarist Kevin Hinder and bassist/vocalist Ace Engfer, KHS has become a dynamic full band capable of bridging the gap between all out rock n’ roll and their harmony-driven acoustic roots.

Their debut record “East // West” (2021) digs into the places they’ve come from and explores the places they’re going to, with a diverse sound that reflects the broad influences each member brings to the band.

Recorded in Denver, CO by Todd Divel of Silo Sound, mixed in Richmond, VA by Adrian Olsen of Montrose Recording, and mastered in Seattle, WA by Ed Brooks of Resonant Mastering - the album shares a wide-ranging influence and perspective on the relationships we have with one another and the places we call home.

Album #2 is currently in the works and features a collaboration with visual artist/painter Dylan Lynch. Recorded Live in Richmond, VA on August 20th, the album features an accompanying Art Exhibition and was recorded in front of a live audience.