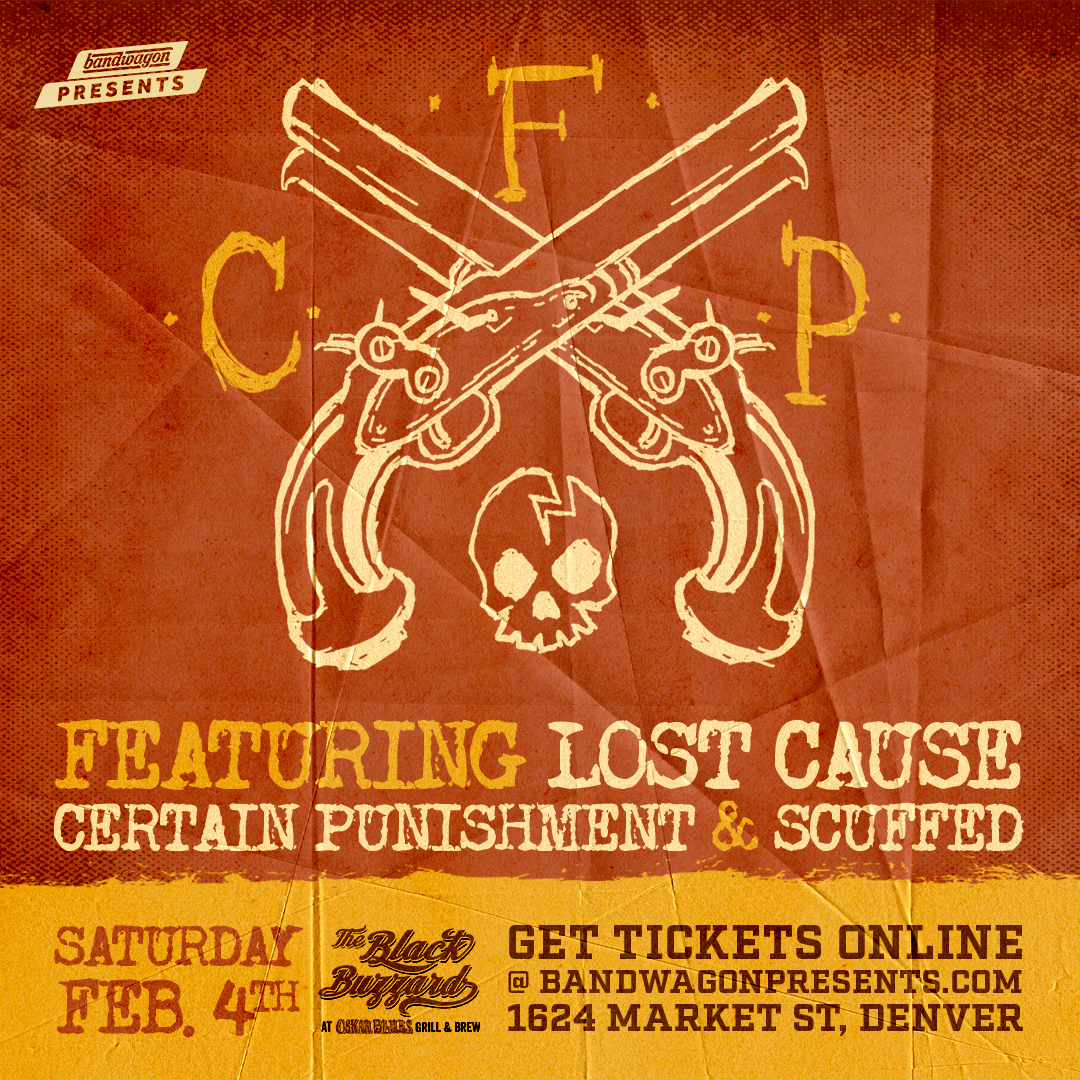 Additional Info
Who is CFP?
​
In the Spring of 2020, a frightened nation went into lockdown and, for many Americans, the outside world became a fading memory. But as the saying goes, bad times create hard men. Three pissed-off musicians decided staying silent wasn't an option and in the darkest days of the pandemic, came together to form CFP.
From the very outset, the Denver-based trio decided that they weren't going to be another cookie-cutter pop punk band or generic alt-rock Xanax substitute. Their musical vision would be driven by a shared love of aggressive punk sounds, heavy riffs, Ska and a deep, abiding hatred for the state of the world. Raised in California's Central Valley, lead singer and guitarist Jeremiah Knapp started to compose some insightful songs that drew on his experiences growing up in conservative Modesto and his many memorable encounters on the road. His unique perspective gives the songs a palpable intensity. CFP play aggressively and fiercely with disarmingly happy tones and dark, ominous lyrics.  It's a simple yet infectious sound that draws influences everywhere from Motorhead to Bad Religion to classic Ska, and there is even a noticeable hint of American blues. Knapp's highly-charged guitar sound blends seamlessly with bassist Noah Montanye, and drummer Chris Helvey anchors CFP's driving sound.
When asked what they wanted to do and accomplish they simply said, "We want as many people as possible to hear our music, and hopefully it will resonate with them in some way.  It's not about the money, not about the fame, but about connecting with one, ten, hell maybe a hundred lives!"
Artists
CFP
Lost Cause
Scuffed