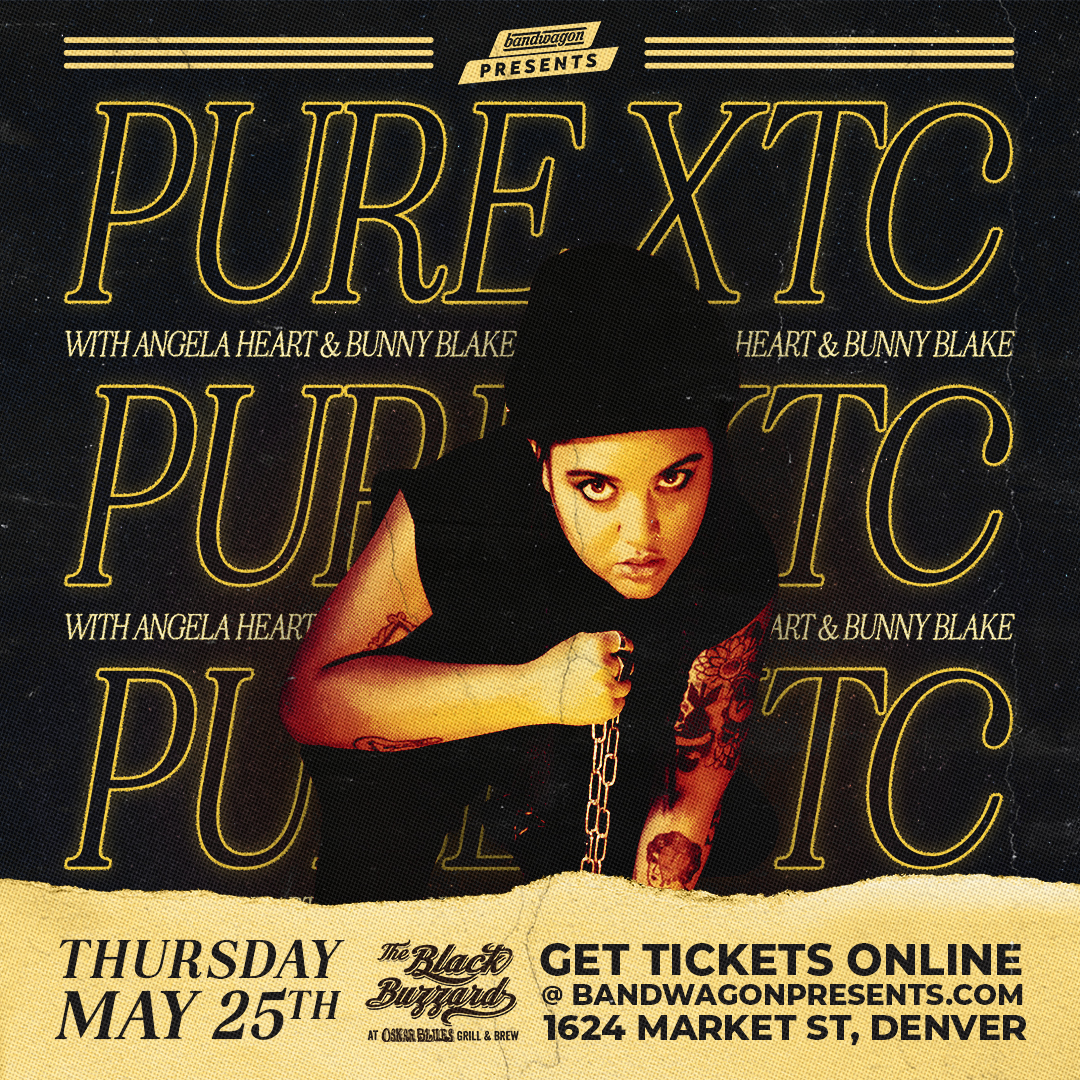 pure xtc is Taylor Hughes, a queer multi-instrumentalist, writing and recording music out of her home studio in Kansas City, MO. Inspiration for the project was sparked while Hughes was living in NYC in late 2020 beforehand. Shortly after, Hughes moved to Kansas City, MO where pure xtc quickly began turning heads with the release of her debut single Ghost in July 2021.

pure xtc’s unique brand of brooding electro-pop began circulating on radio stations across the US, Canada and beyond, including high praise from 90.3 The Bridge(NPR). Continuing to gain momentum, in August 2021 pure xtc performed for the first time at Kansas City’s Pride followed by the release of her debut EP, Nobody’s Home in November 2021.
Summer of ’22 started with the release of “shadow,” the single, for which Hughes is the writer, engineer and coproducer. The summer continued with pure xtc’s return to the main stage at PrideFest and opened up for Dashboard Confessional, Dayglow and Jenny Lewis at Boulevardia in June 2022.

With no sign of slowing down, pure xtc hit the east coast in July including a headlining show at Knitting Factory in Brooklyn, NY. In September 2022 the artist will be releasing a hazy blood orange IPA in collaboration with Crane Brewing and sold out of all the cans in one night. The summer continued with a west coast tour that concluded at The Dinah in Palm Springs, CA with Fletcher, Zolita and more. The artist released her sophomore EP “shed my skin” on November 18, 2022.